﻿﻿﻿
Human trafficking affects millions of young women world-wide. It is a business largely run by organized crime that is bigger than the global arms trade. It involves kidnapping, coercion, rape, brutality and targets the defenseless. 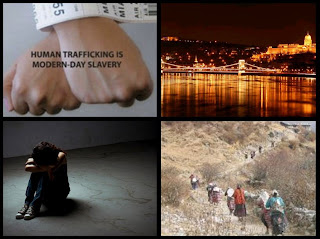 The Servants Anonymous Foundation provides long-term recovery programs to survivors of sexual exploitation (and their children)…and works to prevent human trafficking in countries around the world.

You can impact the lives of young women directly by supporting the Servants Anonymous Foundation work in Nepal, Hungary and Canada. Learn more by visiting the SA Foundation website.

Nepal: Each year 12,000-15,000 young women are trafficked across the border of Nepal into brothels in India. The young women have no idea of the fate that awaits them, a fate that includes being beaten into submission and forced to provide services to up to 40 men per day until they are too sick to continue. The SAF Nepal Project seeks to prevent human trafficking through village education and monitoring/interception at the Nepal-India border. SAF also provides a home and skills for these survivors of sexual exploitation.

Budapest: An estimated 10,000 women are sexually exploited in Hungary, 7,500 of them are in Budapest. Women and children are sourced for sexual exploitation from Romania, the Ukraine, Moldavia, Poland and China; and marketed to and through Hungary to Austria, Germany, Spain, the Netherlands, Italy and the U.S. Sometimes girls are literally bought from orphanages by the mob and sold along the highways of Budapest if they aren't trafficked elsewhere in Europe! The Hungarian team, working with these women since 2007 and trained for the past three years by SAF, is ready to start their first home and day program as soon as their start-up/ first year operating costs of $120,000 are raised.

Vancouver: As a port city, thousands of young girls are trafficked into and through this city. Street level prostitution, while visible and heartbreaking, only represents 5% of the exploitation of these girls. The rest is conducted behind closed doors – in massage parlours, brothels, and through the sale of these young women on internet sites. Most of the services offered in Vancouver to this population focus on harm reduction and short term assistance. The SAF program is the only one that offers long-term accommodation to women and their children, and is one of few that has a recovery program. SAF's Vancouver operation has two other key components: Leadership Training for international SAF workers; and Global Wonders product marketing and distribution (jewellery and other products made by program participants in the SA Foundation's Nepal program).

It was Sumi’s first time inside a real movie theatre! She was so excited despite a bit of guilt she felt for disobeying her mom to come here. Her mom just doesn’t understand she thought. All Sumi does all day is work hard cleaning other people’s messy homes and washing their dirty laundry. Then she gives every rupee she earns to her mom. This month she just withheld 50 Rs. (less than a dollar) so she could go and see the new Bollywood movie that everyone has been talking about.

The movie was starting. Sumi couldn’t wait to see Shahrukh Khan (the Indian version of Brad Pitt) on the big screen. Her friend handed her a pop and bag of popcorn. Sumi sat back and began to relax, enjoying a rare opportunity just to be a fourteen year old girl.

She didn’t know how long she’d been sleeping! Where was she? It took her a moment to remember where she was last. Did she actually fall asleep during her first movie? How could that have happened?
Her eyes adjusted to the dim light. Her friend was sitting across from her. There were two other men in the room that she’d never met before. “Where am I?” she asked her friend. “You fell asleep in the movie she said and afterwards we came to my friend’s house. Here, have a bite to eat and we’ll take you home.” Sumi protested. “What time is it? My mom will be worried sick! I have to get home. Please take me home!” “Oh sure, we will!”her friend smiled, “just have a little something to eat.”

The second time Sumi woke up her friend was gone. Her head throbbed and her body felt numb. Where was she? And why she couldn’t understand the language. If she could just clear the fog in her head and stand up she could go home but she couldn’t move.

Her friend had sold Sumi to a brothel in India. 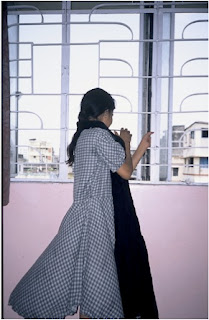 Sumi couldn’t move. Her whole body felt numb. If she could just get up she would go home and tell her mom she was sorry for disobeying her and going to the movie theatre. But she couldn’t. As her eyes adjusted to the dark she saw several other Nepali girls, all in various stages of consciousness. In the corner a man and a woman were arguing. Then the man took a large stack of money and left.

Each one of the girls was taken roughly to a small closet and thrown in. What happened next and what would happen for the next 10 years for Sumi is indescribable. Imagine the most humiliating, violent, invasive torture that no woman or child should ever know about, never the less endure.

The rest of the story though is nothing short of a miracle. For 10 years Sumi and her mother prayed. Prayed for freedom. Then one day, Sumi jumped out of a five-storey window and ran for her life. She found a construction job in India to earn the $25 needed for a bus ticket home.

Upon returning to Nepal Sumi found her family had moved from their home! She was crushed! However, thanks to the kindness of her former landlord, she was able to track them down.

You can imagine the shock and joy of her poor mother when she saw her daughter walk back into the compound after a ten year absence! Of course, she could hardly recognize her daughter. The one she remembers was a bright eyed mischievous 14 year old. The one standing before her was extremely malnourished; her hair thin and dry, cigarette burns marked her arms and her eyes old and tired. But they would deal with that later her mother thought.

For now she has her daughter back and they would celebrate today!

Ilona was 16 years old when I first met her on stroll. Skinny, unkept and nervous, smoking a cigarette. Dark over-exaggerated make up covered her scared young eyes. ﻿
Illona is just one of thousands of girls I’ve seen on the streets here in Budapest who was tricked into believing there was legitimate work waiting for her. Orphaned and living in poverty in Maldova she was an easy target for the pimps. Once across the borders, her documents were taken, she was beaten, starved and raped into accepting her new fate. If she ran, they told her, they’d just go and get her young sister. That was all it took.


﻿﻿After a year on stroll, she still believed that someday she’d earn enough to buy her freedom and take care of her family. I knew better. The pimps would over-work her young body, making as much money off of her while they could.
Soon, her addiction would be out of control and her body tootired to work. Then, she’ll be thrown away and replaced by the next victim. This is the vicious cycle. I’ve seen it over and over again.

The Hungarian team has reported that they do not know of ANY recovery programs for sexually exploited women in Hungary despite a large number of Hungarian women being exploited in and outside the country. This spring the SA Foundation Hungarian team will open the FIRST and ONLY long term recovery program for survivors of sexual exploitation and their children! As it is too dangerous to try and rescue women locally their focus will be to rescue and repatriate women being exploited in other European countries.


Canada:
She was a beautiful First Nations woman but she didn’t realize that yet. When I first met Sherry (name changed) she was angry, broken and insecure. This was her second time in our recovery program. I wondered if she could stick it out. 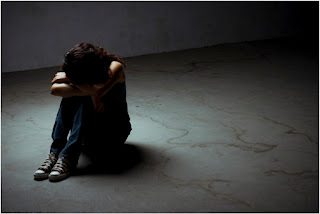 You see, SA Foundation’s recovery program is not for the faint of heart. For someone with an addiction and used to living on the streets, our rules are tough! Curfews, dress code, no contact with former street friends and the hardest one of all...hours that run 9 AM to 5 PM! For those used to waking up in the afternoon and going to bed early in the morning this is a huge adjustment. Not only that but you are forced to look at your past, deal with your abuse and exploitation, forgive those who have hurt you. Who would want to do that?


I’ll tell you who. It’s women like Sherry who have hit rock bottom and are afraid for their lives! Afraid the next trick will be their last! Afraid they will be tomorrow's news. They come with nothing to lose and everything to gain!

Sherry stayed with me for one year in the frontline house. She was a blast to live with! Funny, witty, strong and yes so beautiful! I watched her blossom in that year. Together, we celebrated her first New Year's clean and sober.


This past year I celebrated 11 years clean and sober with Sherry! I’ve also had the privilege of watching her become a dedicated wife, a loving mother and a strong, compassionate...and very opinionated leader in the First Nations community! Sherry is a real role model for other Native youth and women in our program. It is women like Sherry that testify, “the SA programs works!”