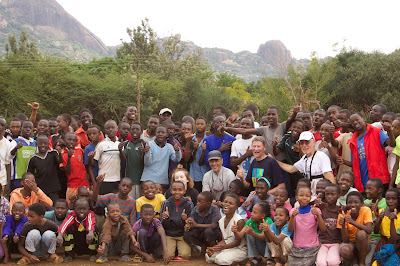 We've told you about the story of Charles and Esther Mulli before. Orphaned at 6 years old, barely surviving in his dusty Kenyan village, Charles miraculously becomes a wealthy entrepreneur, an African millionaire! Then he gave it all away to adopt street kids from the slums. At over 10,000 children Charles and Esther have, literally, the largest family in the world. 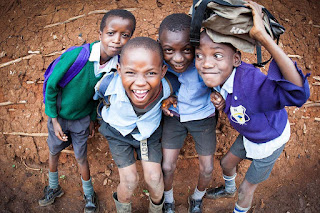 As the Mulli family grew, Charles and Esther increasingly found that local schools were unwilling to take on kids from the slums. Charles’s solution was to start his own schools. Over time they became some of the top ranked elementary and high schools in the country! Many of the graduates qualified for post-secondary education and Charles sent scores of them to university. But that is an expensive proposition. His next big idea? Build a university!
And he asked Old Guys in Action to help. That’s when the idea of an annual fundraising marathon came about. Mully University College has been operating for two years now and will soon become Mully University. Come, run the half marathon, 10K or 5K race in Kenya...or donate to help academically qualified, financially needy young people grow into tomorrow’s African leaders. Become part of their story! Visit www.mullymarathon.com for more information.

Update: The drought conditions in Kenya have continued to worsen and are now the most severe in seen in 65 years. Crops have failed, fish ponds have dried up and water must be trucked in to meet the needs of children supported by MCF. MCF is also providing food and support to local communities. Given these circumstances, Charles Mulli has asked that all funds we raise through the half marathon be directed to MCF drought relief efforts. Donate at www.mullymarathon.com. Click "Donate" to be redirected to MCF Canada. On the final page in the comments section please reference Team Old Guys in Action. Thank You!