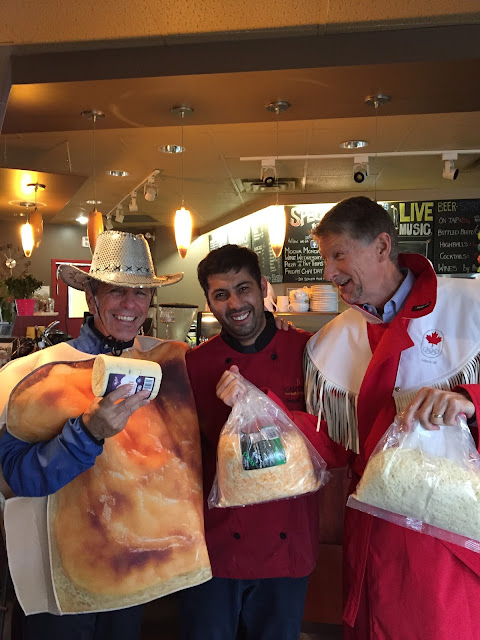 Javinos and Old Guys in Action are teaming up for their second Grilled Cheese Night at Javinos, Thursday, November 10th, 5:00 to 10:00 p.m. All proceeds from this event will go towards the purchase of benches for the new Discovery Ridge Skate Shack.

Why benches? “We care about your bottoms” says Bernie Potvin, who along with Ross Weaver founded the philanthropic group Old Guys in Action.  “The DRCA suggested this would be a real help as the hut gets closer to its grand opening.”

“The community provided wonderful support for the last Grilled Cheese Night in March” says Ross.  “We are making some big changes so we can efficiently handle big crowds in a short period of time. We’re committed to making this event bigger, better and cheesier than ever! “

How cheesy you ask? According to Bernie, with enough encouragement the Old Guys will perform a Latin dance routine while lip syncing to Michael Jackson. Very cheesy!
All proceeds go directly to the bench fundraiser.  Food, wine and beer have been donated by suppliers and people in the community. Javinos is donating their venue, time and energy; and staff are even donating their tips!  Please take time this month to express your thanks to Ruby, Aladdin