It Was a Cheezy Fundraiser! 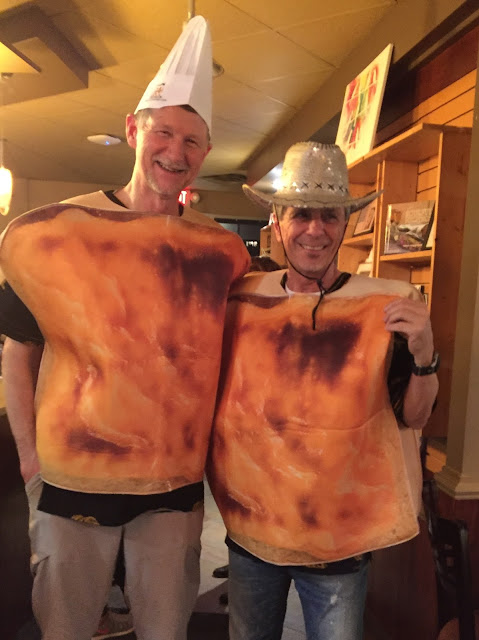 Thanks to all who came out to the Old Guys in Action Grilled Cheese Night at Javino!

It all started with Bernie and Ross wanting to thank the Murjis (Ruby and Al) for all their support of the Old Guys. Ruby has raised more for the SA Foundation through her 3 polar dips than any other Dipster outside the organizing committee. We said, "Ruby, you and Al take the night off. Sayed, Bernie and I will take over the restaurant. We'll only serve grilled cheese sandwiches. How tough can that be?" In true Ruby fashion, she accepted but said we should make it a fundraiser for the DR community's efforts to build a warming hut for the local ice rink. We loved the idea. It gave Ruby and Old Guys a way to say thank you to the Discovery Ridge community that has been so supportive of Javino...and so supportive of Old Guys in Action events.

March 10, 2016 was a night to remember. Javino has never had so many people through its doors in one night. We served close to 200 grilled gourmet cheese sandwiches, Brewsters supplied the beer, Sayed was brilliant in the kitchen and with the help of volunteers and great support from the DR Community Association we were able to raise close to $2,000 for the hut.

No, Ruby and Al never did get the night off...but everyone had a blast!
Posted by Old Guys In Action at 9:44 PM