Up at 5:30 am. I realize that the thief did manage to make off with my bike helmet, gloves, and shades, which were sitting on my headboard. RATS. I brought extra gloves and I end up borrowing Oumar's helmet, which my namesake, my nephew, Jonathan Carrick left for him when he visited Sierra 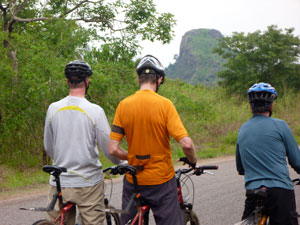 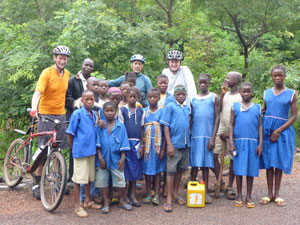 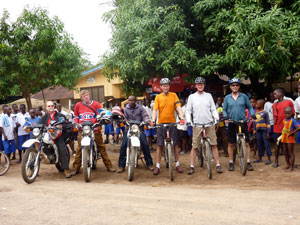 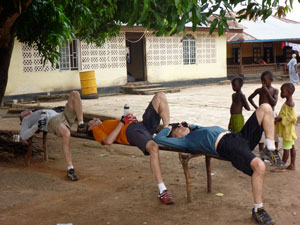